Tickets available to buy at the box office at the festival

Enjoy this extravaganza of folk music on the Rec at Sutton Benger near Chippenham.

PLEASE NOTE: Band times are subject to change due to any unforeseen events. 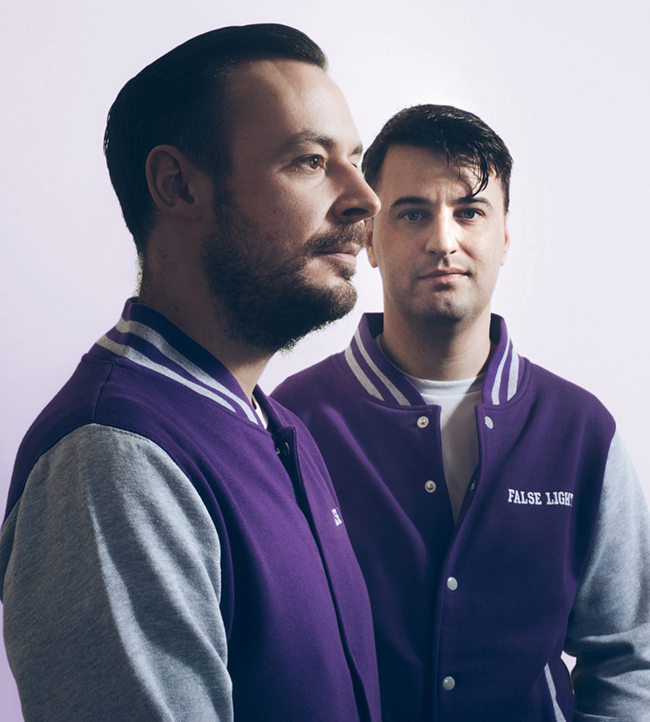 We are proud to announce that False Lights will headline Friday evening.

One night in 2013, BBC Folk Awards winning singer-guitarists Jim Moray and Sam Carter met for a drink at the hotel bar after a festival. Both well known for their solo work, and with a reputation for musical experimentation, the conversation quickly turned to the things they had grown up listening to – 90s guitar bands, electronica, post rock, traditional ballads and shapenote singing. By the end of the night they had formed a new band that would explore new kinds of folk-rock hybrids. By the next summer they were headlining Suffolk’s Folk East festival and translating that initial rush of ideas into a joyful turn-it-up-loud thrash of folk songs you can jump to.

Based in the traditional music of Great Britain, but not constrained by it’s usual modes of performance, they have now transcended their original aim to make ‘folk rock for the 21st century’ to become one of England’s most startling and exciting acts. Their first album, Salvor, gained five star reviews, a BBC Radio 2 Folk Award nomination for best album, and copious airplay on BBC Radio2, 6Music and beyond. Now they return with Harmonograph, an even more ambitious and charged set of traditional songs that make cover everything from European relations (Babylon, Drink Old England Dry), through the migrant crisis (Far In Distant Lands) to short stories in song form (Captain Kidd, The Serving Man Become A Queen, William Glenn). 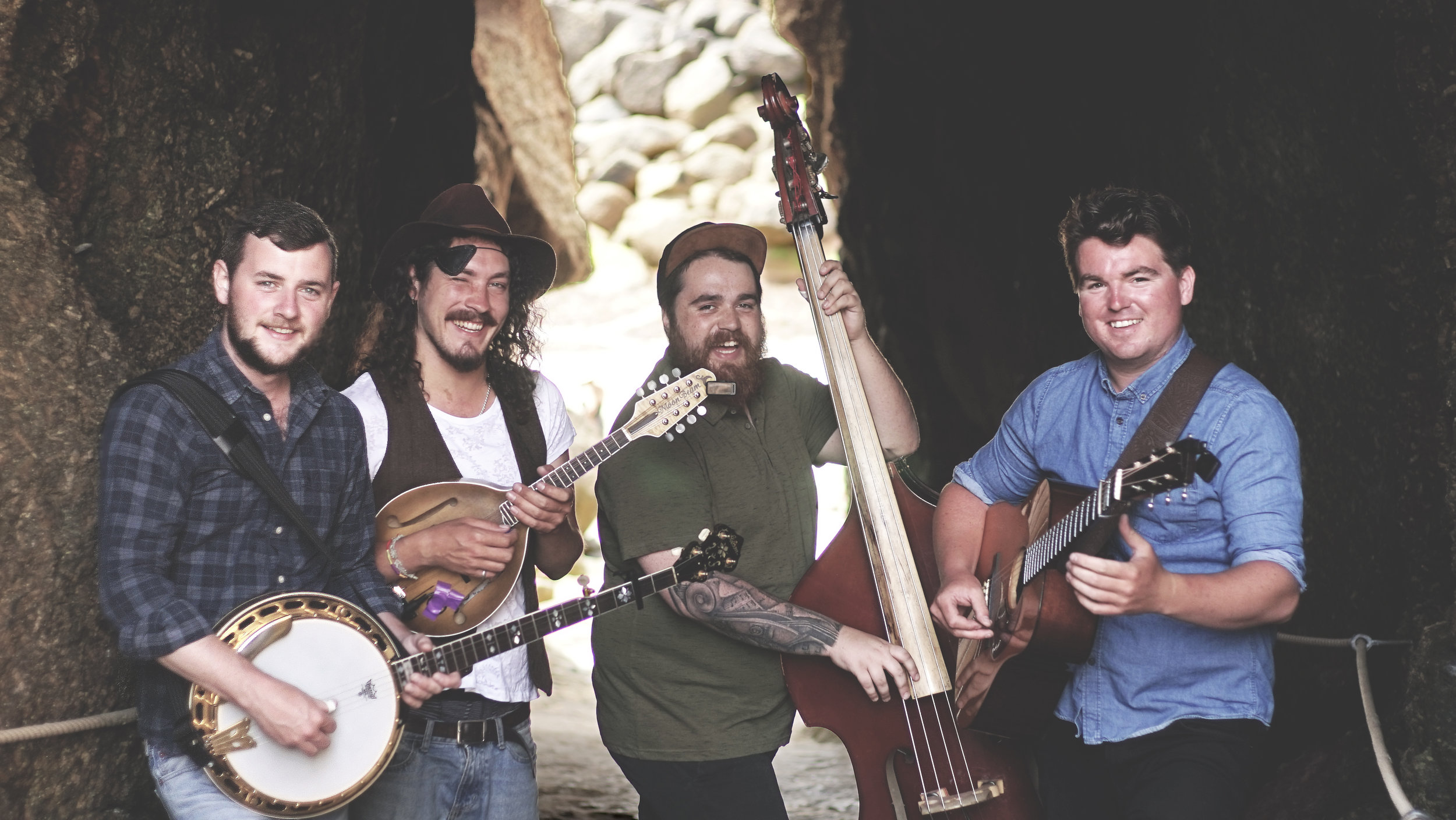 We are proud to announce that Flats and Sharps will be performing at Folk Friday.

Flats & Sharps are a four-piece bluegrass outfit from Penzance, Cornwall. Delivering energetic, enthusiastic and spirited Bluegrass to audiences all around the world, Flats & Sharps have been performing their unique take on this music for over ten years.

Their shows include a wide variety of influences, from a fresh and modern outlook on foot-stomping blueglass material through to their powerful and well-crafted original songs, with beautiful moments everywhere in between. Their music perfectly blends strong harmonies and stonking solos, their incredible stage presence and energy create an evening that’ll having you dance, laughing and singing along in no time.

Over their time together, the band have made their presence known all around the world, including multiple tours in Australia, Europe and around the UK. Peace, love & good vibrations! 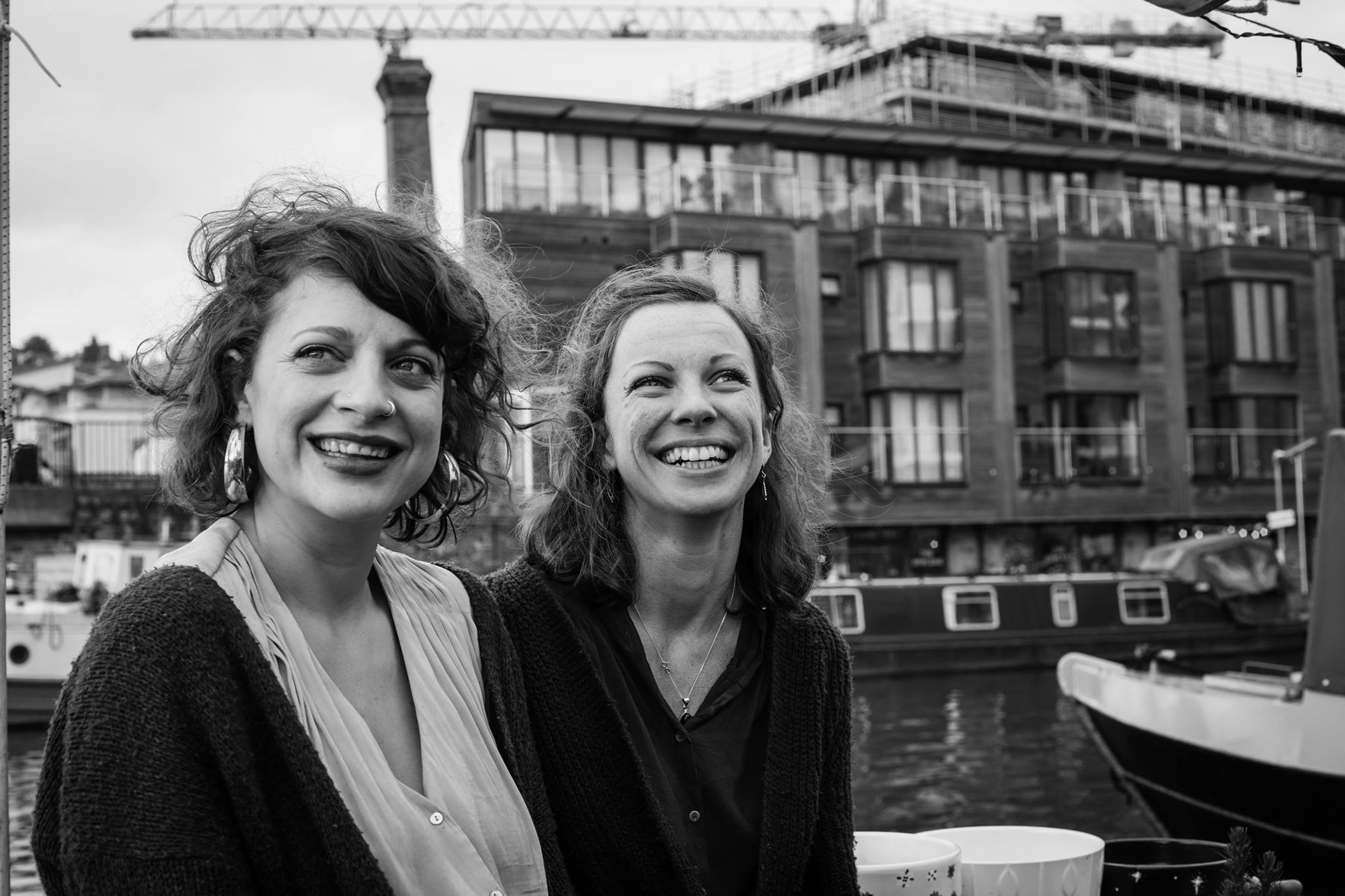 We are proud to announce that the duo Suthering will be performing on Folk Friday at BArts Sutton Benger Arts Festival.

After just over a year playing music together, Julu Irvine & Heg Brignall have taken the folk scene by storm with their unusual and fresh approach to folk music. Their songs, which are a mixture of traditional and original, are reflections of the world around them. Their harmony-rich songs tell tales of struggle and triumph against all odds; of heroes from both their own lives and from stories they have found. Taking much inspiration from strong female characters in history, mythology and personal experience, Julu and Heg create evocative songs with a deeply moving and pure sound using the musical line up of vocal harmonies, guitar, flute and piano.

Alongside their captivating original folk music, the duo create unique arrangements of traditional songs, often changing the endings to songs where the female characters are less fortunate, allowing the poor heart-broken maids to rise into triumphant heroes. What makes them stand out is their wonderful chemistry and charisma on stage, natural humour and two beautifully matched voices to tell their stories.

They each have been involved in a multitude of other touring musical projects gaining recognition across the folk and popular music scenes including BBC Introducing; national magazine press; UK and European tours; busy festival seasons including Cambridge, Sidmouth, Glastonbury and other major festivals. The two now come together for the first time, using powerful song writing, weaving stories and crisp vocal harmonies to create a beautiful, distinctive sound.

Their home-recorded debut four-track EP Unfair Maids was released in 2018 and features some of the well-known traditional songs which helped the duo establish their sound. After months of gigging and writing together, they have honed and developed their music into the idiosyncratic sound that has been making such an impact with audiences. Their debut album, which is currently in development, is due for release in early 2020.

FREE Festival Saturday has it all! After a day of participating in workshops, ambling around the art exhibition, entertaining the children with face-painting and amusements, browsing through the arts and crafts stalls and consuming some of the food and drink delights, and generally being entertained.

Enjoy an evening of walking the line between folk, punk, rock and roll and pop all provided by high energy bands to get up and dancing or to just listen and enjoy. You never know you might find yourself singing along too some of the songs you know.

Enjoy this extravaganza of a variety of music genres on the Recreational Ground at Sutton Benger near Chippenham.

PLEASE NOTE: Band times are subject to change due to any unforeseen events.

We are proud to announce that Mick O’Toole Band will headline Saturday evening. Mick O’Toole; a five piece southern cider swilling folk punk band. Guaranteed to make any night go down a storm, be sure to catch them at Sutton Benger Arts Festival!

Mick O’Toole formed in 2012 In the deepest darkest Shire, Wiltshire in a town called Calne. This town would be the breeding ground to where we honed our style of chaotic English Punk with our ancestral Celtic and English Folk to create our style of British Folk Punk. Mick O’Toole was a character in a song from local legends ‘The Boys From County Hell’ a band who we get most of our inspiration from. However we are also inspired by the likes of The Dropkick Murphys, Flogging Molly, Gogol Bordello and The Pogues not to mention many other great punk bands such as The Clash, The Sex Pistols,The Adverts and Rancid. This is how we get our sound by combining the great punk ethos with traditional Folk. We now have three EP’s ‘Deep In Cider, ‘1665 Pitchfork Rebellion’ and ‘A Working Class Battalion” while performing over hundreds of gigs we realised that we only have one goal to keep making music that hopefully brings people together for a good ole knees up and a grand old sing along. No egos, no divas just working class men having a good time. 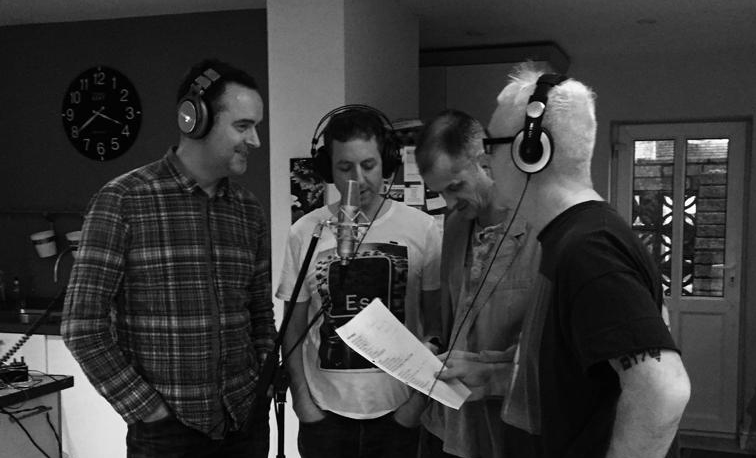 We are proud to announce that the local band My Beloved Monster will be taking the stage on Festival Saturday.

A high energy cover band playing those tracks that you’d forgotten you love so much! 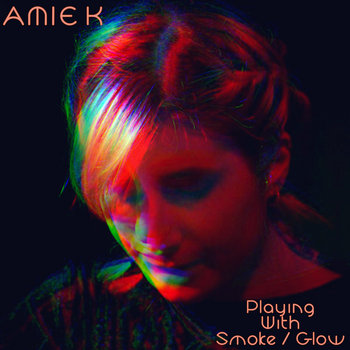 We are proud to announce that Amie K will take the stage at Festival Saturday.

Amie K has established herself as a prominent songwriter and vocalist. Slowly crafting her songs, her focus is always lyrics first, painting an image that is brought to life in the instrumental. Citing Laura Marling and Maggie Rogers as her key influences she walks the line between folk and pop. Her last EP ‘Solas’ received support from BBC Introducing and Radio Merseyside. 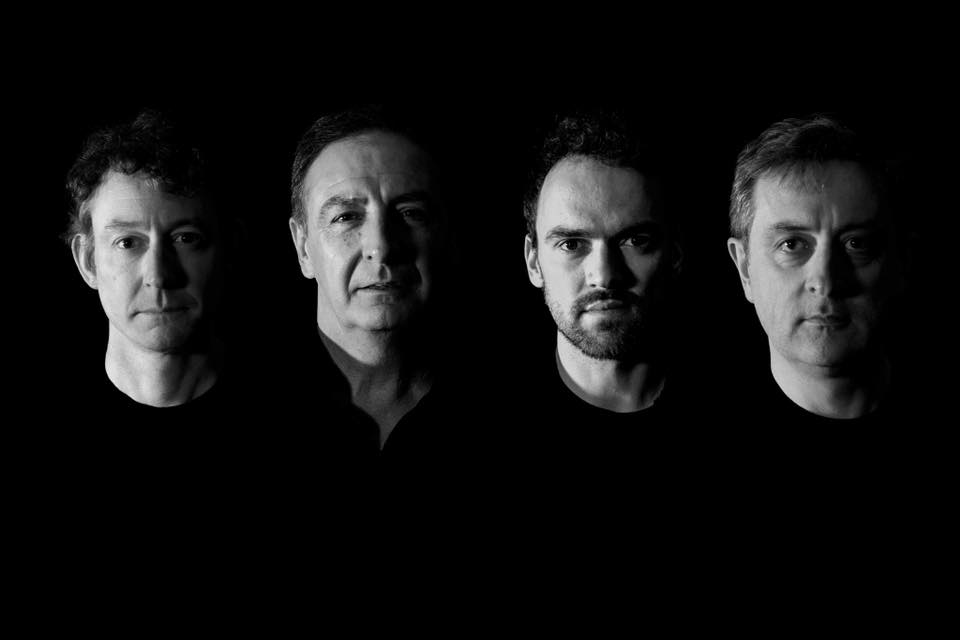 We are proud to announce The Rusty Mike’s will take the stage at Festival Saturday from 7pm.

The Rusty Mike’s are a rock and roll band based in Chippenham playing hits from the 50s onwards right up to modern day anthems.

Come and join us FREE of charge on Sunday morning from 10am and chill/relax to the Big Brunch Band. Why not treat yourself to a divine Canapé Kitchen brunch box. A taste for the discerning foodie.

We are proud to announce The Big Brunch Band will perform on Jazz Brunch Sunday with the option of having brunch at the same time , Brunch boxes available from 10am and band starts set at 11am.

Formed in 2005, The Big Brunch Band are a 20+ ‘explosion of sound’ hailing from Ashton Keynes. Playing big band swing/jazz, with a range of other styles such as rhythm and blues, soul and reggae thrown in! Featuring foot-tapping rhythms, velvet vocals and horns as bold as brass, we are a community group dedicated to promoting music-making and regularly perform in public at festivals, fetes and bandstands as well as for private functions.